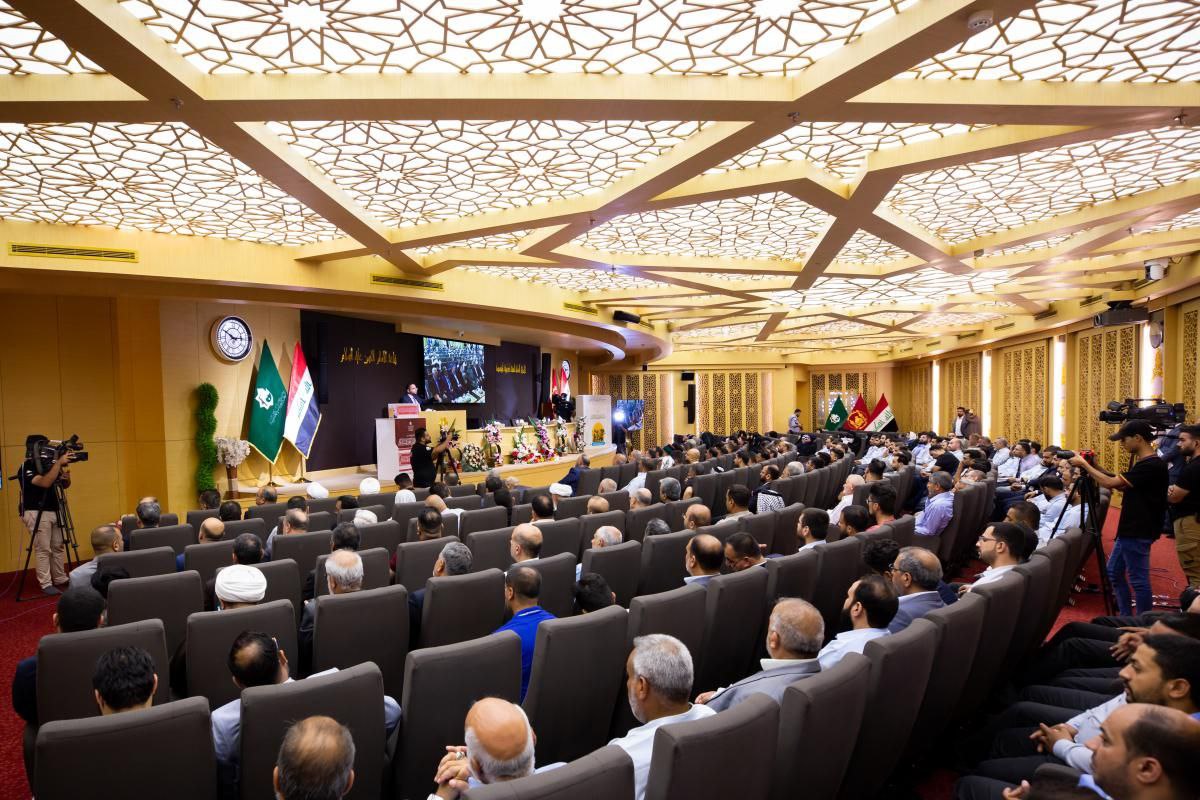 The esteemed Chancellor of AlKafeel University, Prof. Dr. Nawras M. Al-Dahan, accompiened by his assistant , Asst. Prof. Dr. Nawal A. Al-Mayali participated in the Third International Conference of the Holy Defense  Fatwa which was organized by the Scientific and intellectual associatetion of Al-Ameed. Cooperated by the General Secretariat of the al-Abbas’s (p) Holy Shrine in the 16th of June 2022. Attended by the Senior Official of the al-Abbas's (p) holy shrine, His Eminence, Sayyid Ahmed Al-Safi, his deputy, its Seceretary-General, members of its board of directors, and religious and academic figures.

The Head of Psychological Counseling and Educational Guidance Department at the university, Prof. Dr. Hussam A. Al-Obaidi, presented a research for the conference opening which was delivered by His Eminence Sheikh Hussein Al Yassin.The presented lecture entitled: " The Accredited to the Religious Supreme Authority are at the forefront of those who respond to the call of the Fatwa". The lecture included a presentation to the accredited members' efforts which was documented in the Encyclopedia of Sacred Defense in ten special parts.

Al-Obaidi also spoke about the most prominent issues that were embodied by the accredited members in the battle arenas which had an impact on everyone’s hearts and expressed the core of the fatwa that manifested itself in the highest forms of sacrifice in rejecting violence and sectarianism and defending the indivisible homeland. 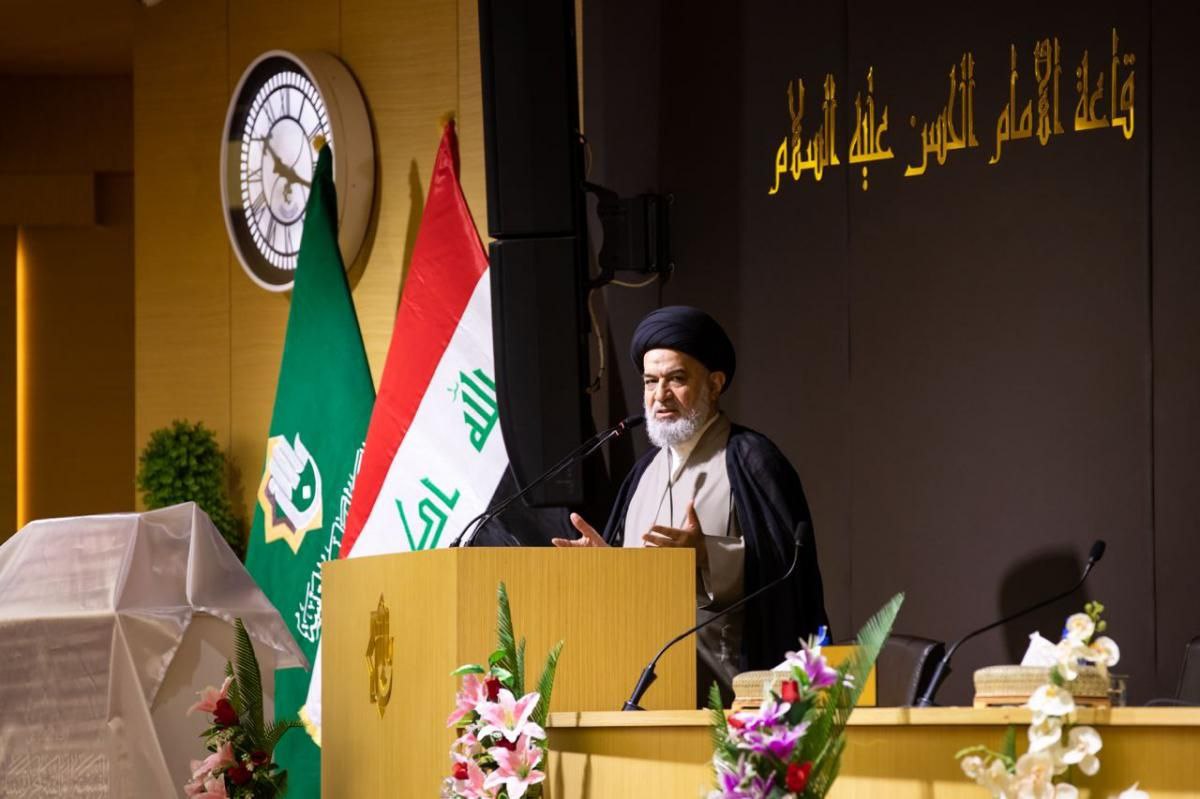 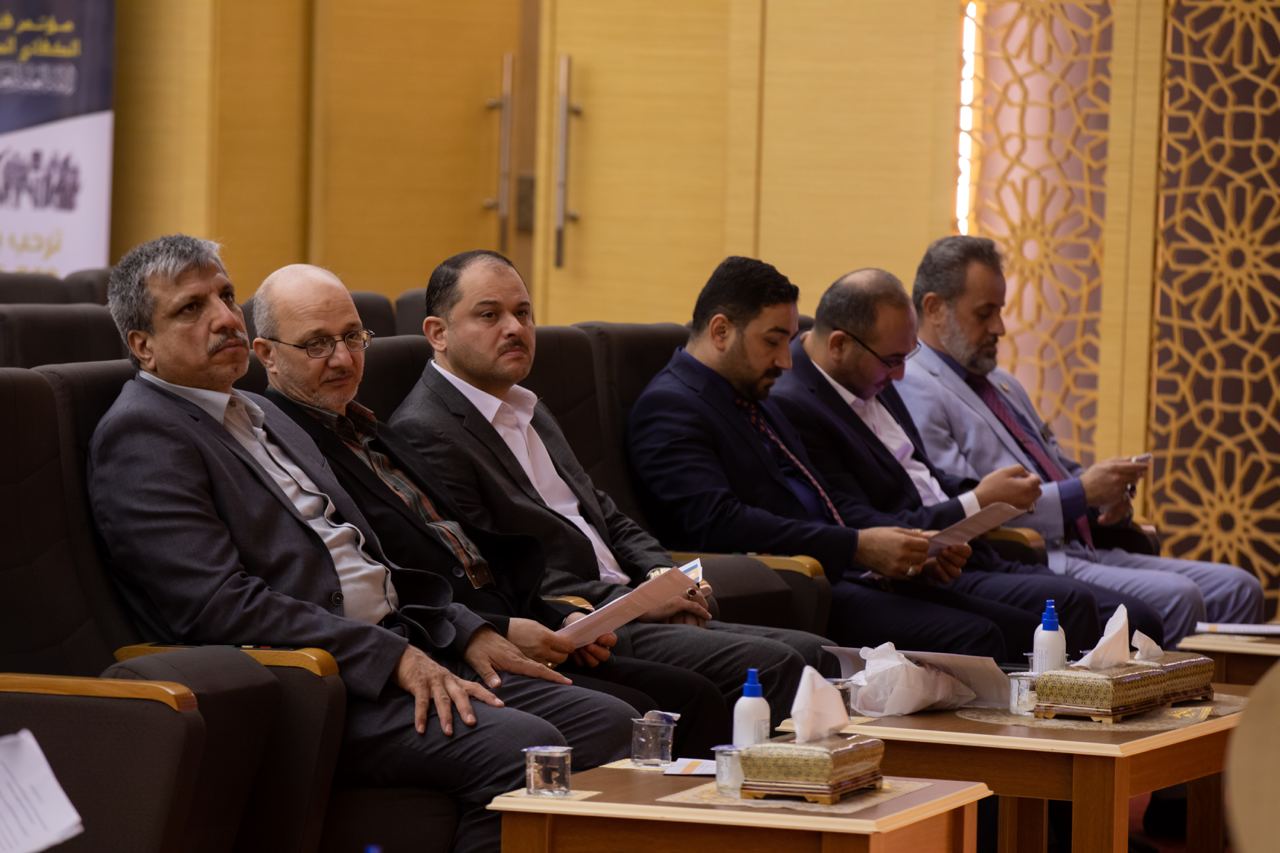 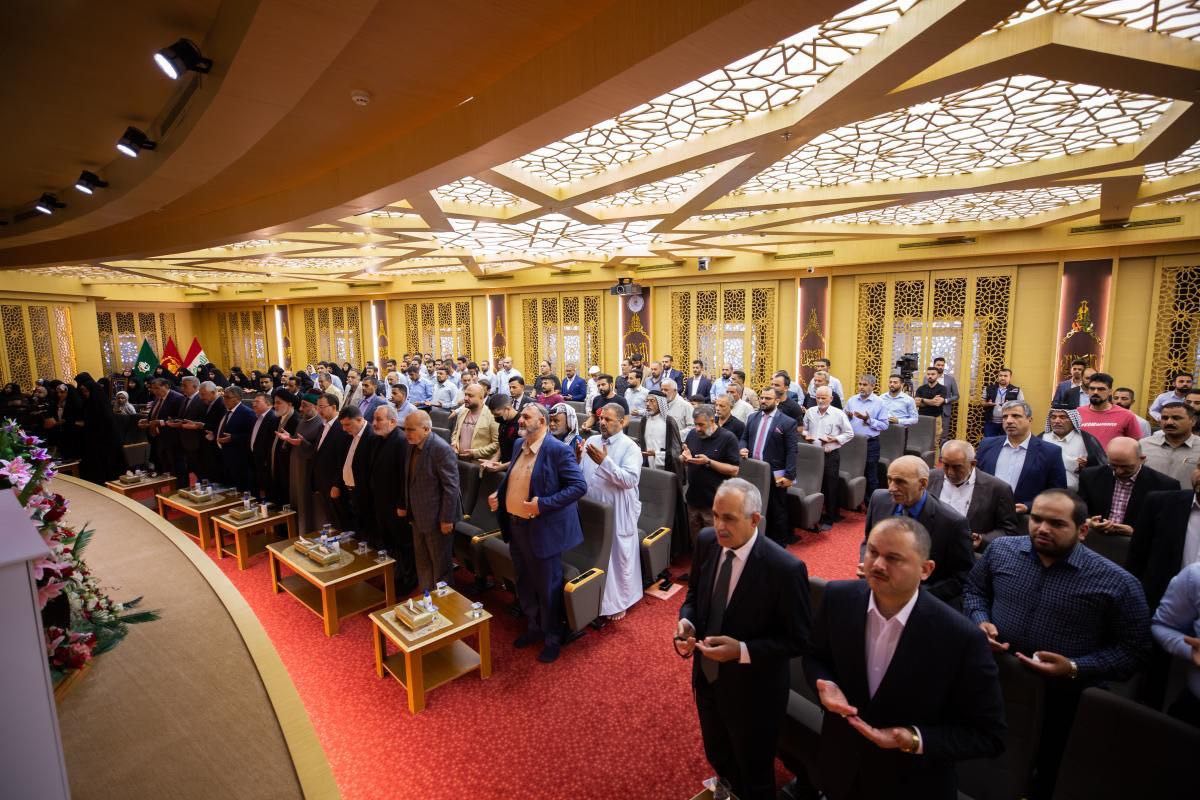